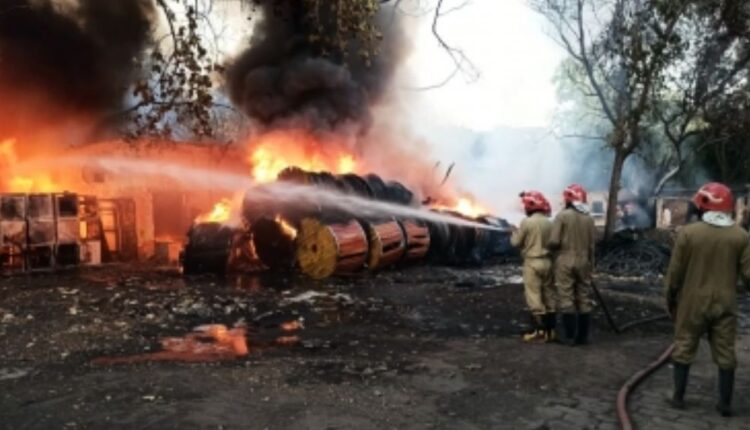 New Delhi: A massive fire broke out at a railway warehouse in the national capital on Sunday afternoon but no one was injured, Fire Department officials said.

According to the officials, a call was received a call around 4.25 p.m. about a fire in the warehouse at Subzi Mandi Railway Station near Pratap Nagar Metro Station in north Delhi after which 14 fire tenders were immediately pressed into service.

Initially, the Fire Department had sent 2 fire engines but as the firemen reached the spot and assessed the situation, seven more fire tenders were rushed to the location, and then another seven.

A total of 16 machines are dousing the flames, another official said.

As per the video recorded by the onlookers and the Fire Department, thick fumes of black smoke along with massive blaze could be seen billowing out of the warehouse.

The cause of fire is yet to be ascertained, however, there was certainly a massive loss of property. “It is a railway warehouse so the fire fed on different things present there, including some cables,” the official added.