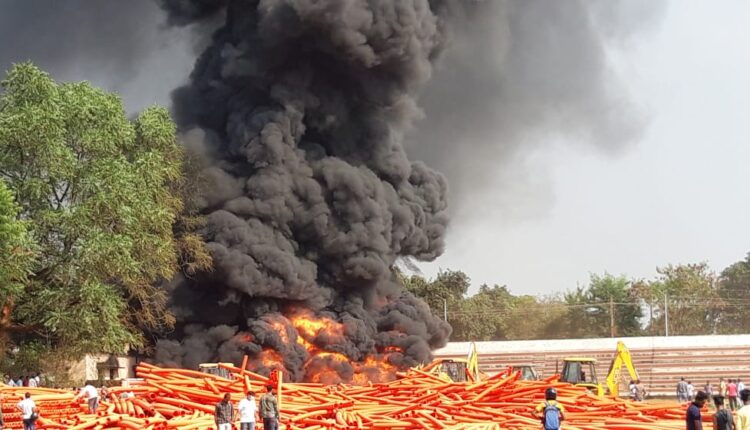 Rourkela: A major fire broke out at a parade ground in Udit Nagar area here today after a huge stack of PVC pipes caught fire. However, no casualty or injury was reported in the mishap.

Soon after the fire broke out, five firefighting teams were pressed into service. It took them around two hours to douse the flames. However, pipes worth Rs 30 lakh were saved from the fire.

Though the cause behind the fire is yet to be ascertained, involvement of some anti-socials is suspected behind the mishap.