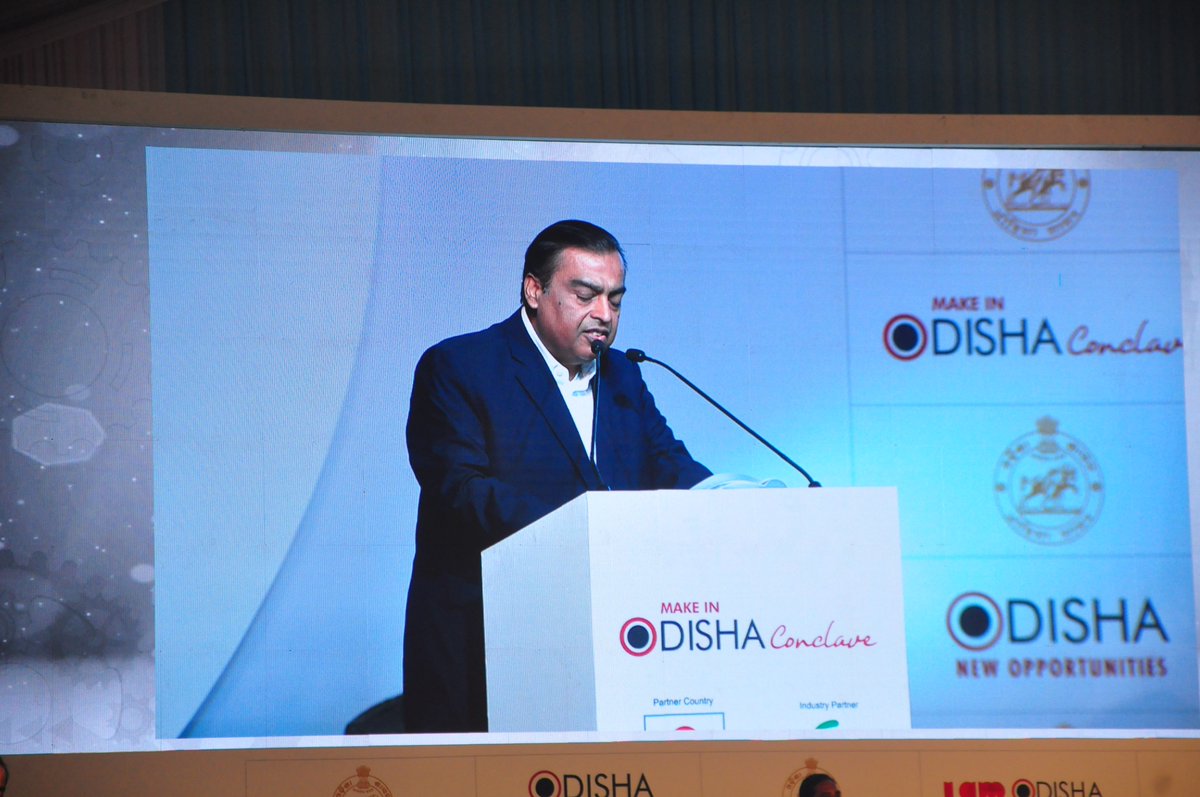 On the occasion, Ambani said, “Odisha has been growing at eight per cent annually which is faster than other States. Under the exemplary leadership of CM Naveen Patnaik, Odisha is becoming one of the best investment destinations in the nation.”

On investment, he said Reliance has already invested Rs 6000 crore in Odisha and will invest an additional Rs 3,000 crore in the State in the next three years.

“Reliance has already invested over 6,000 crores in Odisha. And today am committing to invest an additional 3,000 crore in the next three years in our various businesses in Odisha,” said the business tycoon, adding that the investment create 30,000 job oppurtunities in the State.

Speaking about the company’s telecom arm, Ambani said Reliance Jio has connected all cities, towns and 43,000 villages in Odisha and the per capita data consumption in the State is among the highest in the country.

He further stated that the company is working with the State Government to integrate lakhs of women in the digital mainstream under Mission Shakti scheme.

“We are working with the Odisha Government to empower people through the Shakti scheme. Together with all of you, we are committed to making Odisha one of the most developed digital state in the nation,” said the industrialist.

Ambani further asserted that Reliance is partnering with the State Government to set up Reliance Foundation-Odisha High Performance Athletics Centre that will groom local talents for Olympics.

The business tycoon will visit Puri Jagannath Temple in the afternoon today to offer prayer to the Trinity.