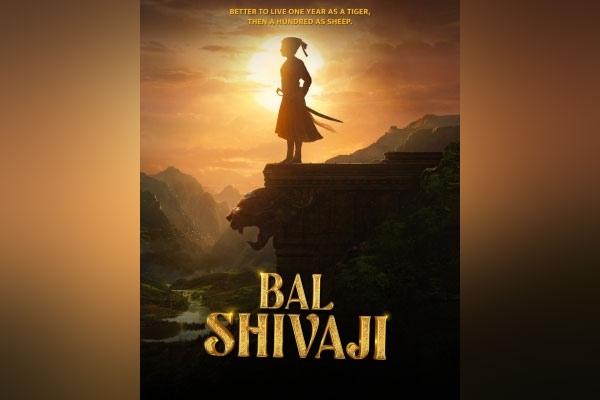 Mumbai: On the occasion of the 392nd birth anniversary of Maratha king Chhatrapati Shivaji Maharaj, an announcement was made to make a film on his life titled ‘Bal Shivaji’, helmed by National Award-winning filmmaker Ravi Yadav.

‘Bal Shivaji’ will showcase the remarkable journey of young Chhatrapati Shivaji Maharaj, who inspired the nation with his bravery and was known as one of the greatest kings of all time.

“It took eight years of research to achieve what we were aiming to narrate on celluloid,” said director Ravi Jadhav who always wanted to make a film on this subject since 2015.

“It was an instant click with Sandeep, who understood the importance and significance of telling this story of valour. After all, it’s an ode to one of the greatest kings that have ever ruled in India, it certainly will be the inspiring film for all the youngsters across the globe,” Ravi added.

“I always wanted to make a historical. So when Ravi approached me with this subject, it immediately worked for me. It’s an honour to make a film based on an iconic personality like Chhatrapati Shivaji Maharaj,” said Sandeep Singh from Legend Studios.

Odisha Weather News: Thunderstorm likely to occur in these…