Malaria research centre to be set up in Odisha’s Koraput 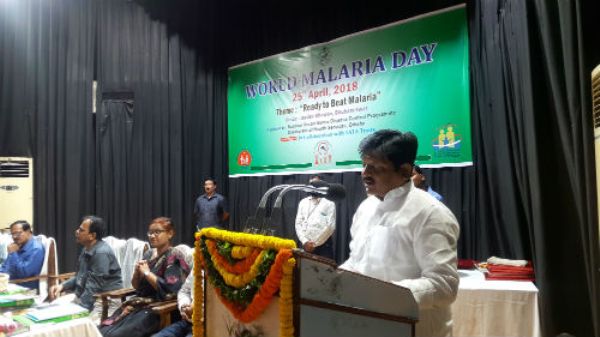 Bhubaneswar: In view of casualties due to Malaria in southern region of Odisha, the government decided to set up Malaria Research Centre in Koraput.

The situation in Odisha due to Malaria was alarming in the past few years. However, the mosquito-borne infectious disease has been put under control. Keeping the deadly subsequences caused by Malaria in mind, Odisha will establish a research centre in Koraput to prevent the disease, informed Health & Family Welfare Minister Pratap Jena.

Attending a state level event on occasion of World Malaria Day held at Jayadev Bhawan here on Wednesday, Jena said the number of deaths due to Malaria has declined in the past few years.

Odisha government has provided training to 47,000 ASHA workers and community level volunteers for quick diagnosis of Malaria and treatment of the patients.

Meanwhile, the government has launched a powerful campaign ‘Daman’, which was lauded by the World Health Organisation (WHO), for eradication of Malaria. Other states have also decided to introduce the programme to control the mosquito-borne disease, he added.

13 school children killed as van collides with train in UP