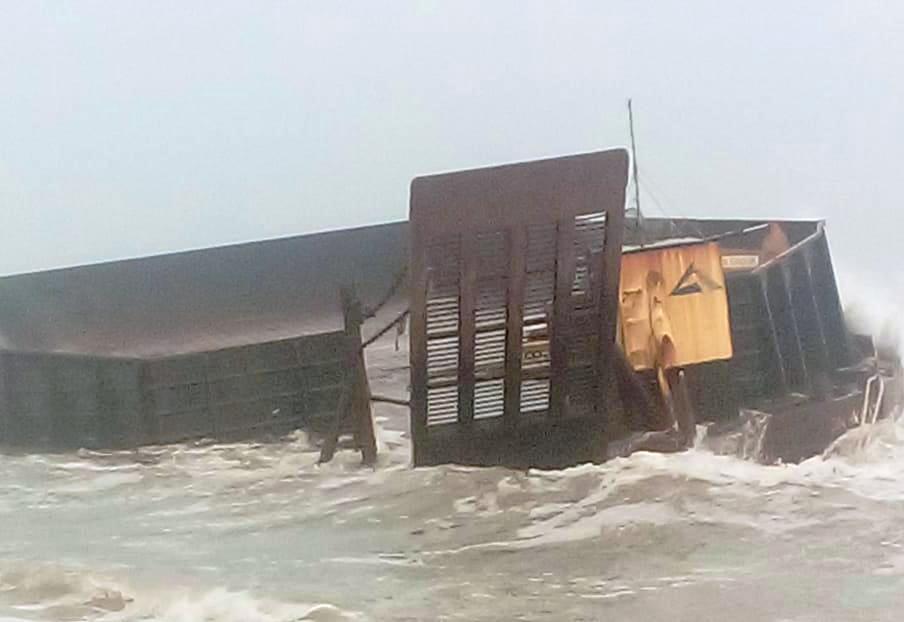 Brahmagiri: JIN HWA 32, the Malaysian cargo vessel that ran aground off Odisha’s Chilika lake near Rajhans on August 9, has finally been removed from the beach on Sunday.

A special tug boat from Singapore and a 15-members team from Malaysia launched an operation earlier in the day to tow the ship back into the sea. After several hours of the operation, the team succeeded to put the cargo vessel back into the sea.

Notably, the Malaysian cargo ship, which was heading towards Visakhapatnam, had drifted towards the Odisha coast due to a storm in the Bay of Bengal. The ship had anchored near Rajhans island close to Chilika lake under Krushnaprasad police limits in Puri district.

Earlier, the district administration had removed oil from the cargo vessel fearing spillage.