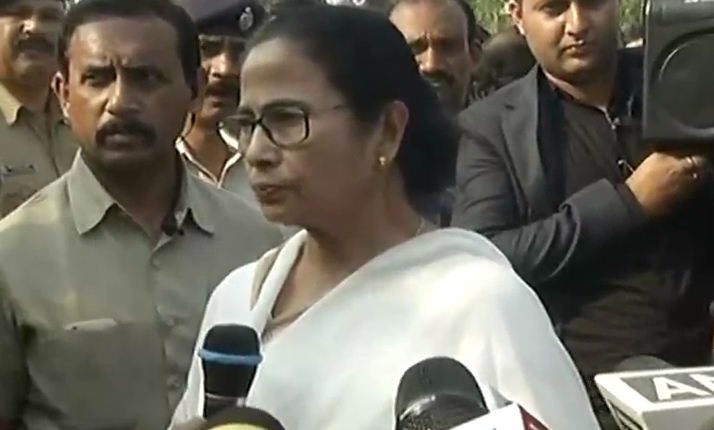 Bhubaneswar: West Bengal Chief Minister Mamata Banerjee said on Friday that there was no discussion on the Citizenship Amendment Act (CAA) or the NRC at the Eastern Zonal Council (EZC) meeting here, but she raised the issue of violence in Delhi.

Banerjee expressed concern over the communal clashes in Delhi that have claimed at least 39 lives and said that steps should be taken so that the situation doesn’t aggravate further.

“I am very sad about what happened in Delhi. A police constable and an IB official also died. Peace must be restored in Delhi,” she told the meeting.

Speaking to reporters after attending a lunch hosted by Odisha Chief Minister Naveen Patnaik, Banerjee said there was no discussion on the CAA or NRC at the meeting as it was not on the agenda.

“Neither they raised the issues nor did I. It was also not on the agenda. This meeting was not for that,” she said.

She joined Union Home Minister Amit Shah and Bihar Chief Minister Nitish Kumar for the lunch hosted by Patnaik at his official residence.

Asked if she would back the demand of Shah”s resignation in wake of the Delhi riots, Banerjee said, “The problem should be solved first and then we will discuss politics.”

She said that peace should prevail across the country and the riot victims adequately compensated.

At the meeting, the West Bengal chief minister raised the issue of alleged negligence of the Centre towards her state.

She claimed that West Bengal did not get the required assistance during natural calamities such as cyclone Fani and Bulbul, besides several other pending dues from the Centre.

Banerjee said she also raised the issues of delay in GST compensation payment and lowered share of states in devolution of central taxes.

Issues relating to the development of the states in the region, the need for coal royalty revision, strengthening of infrastructure were also discussed at the EZC meeting, she said.