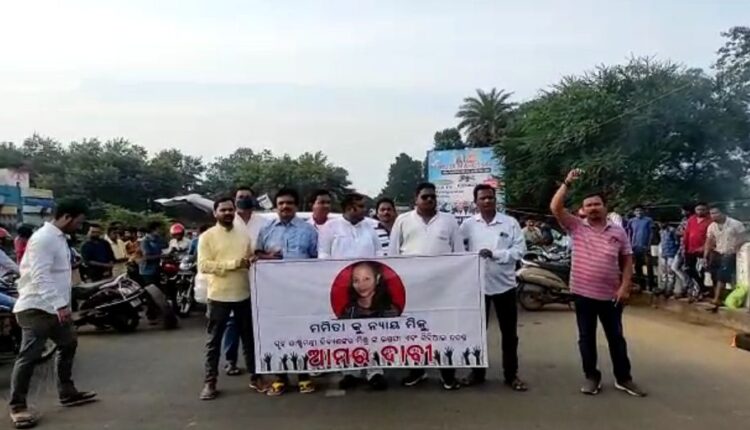 The saffron party has also demanded a CBI probe into the matter. The BJP has urged for closure of educational institutions, offices, shops and business establishments during the bandh from 6 am to 6 pm.

In a major development in the case of alleged murder of teacher Mamita Meher, prime accused Govind Sahu has confessed during questioning by police that he killed the woman and buried her body, reports said.

Sahu and Mamita went to Bhawanipatna in his car on October 8. While returning, Sahu murdered Mamita inside the vehicle. A day before (October 7), Sahu had directed an excavator operator to dig a pit at the stadium construction site of the Sunshine English Medium School at Mahaling in Kalahandi district. After the death of Mamita, the body was set on fire with the use of petrol and it was buried in the pit. Salt was also put on the body for quick decomposition, reported Kanak News quoting sources.

The excavator operator was on October 9 asked by Sahu to cover the pit with soil. Multiple persons are involved in the killing of Mamita and it was a pre-planned murder, the report added.

Mamita’s body was yesterday exhumed from the site in the presence of police. She was working as a teacher at the school.