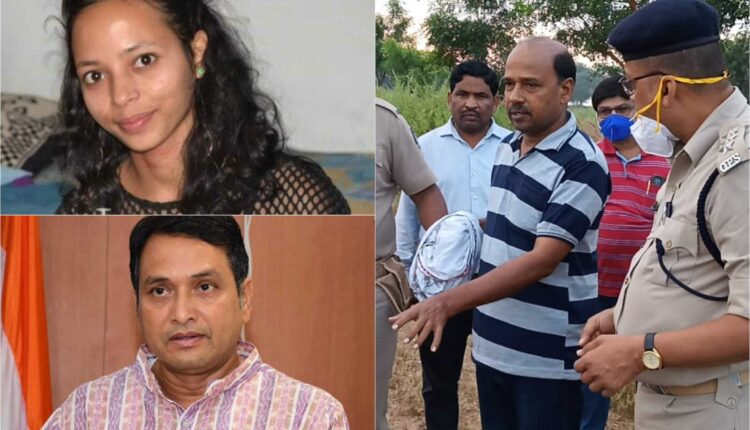 Bhubaneswar: Amidst much hue and cry over murder mystery of woman schoolteacher Mamita Meher in Kalahandi district, the Leader of Opposition (LoP) Pradipta Kumar Naik demanded to verify the call detail records of Minister Dibyashankar Mishra and the prime accused in the investigation.

As per media reports, the prime accused Govind Sahu had spoken to a powerful person for about two minutes after killing Mamita Meher. The deceased woman’s family also alleged Home Minister Dibyashankar Mishra of being involved in the incident.

“Isn’t that influential person the Minister of State (Home)? Hence, the call detail records of accused Govind Sahu, minister Dibyashankar Mishra and their associates should be under the purview of the investigation and made public,” tweeted the BJP leader Pradipta Naik.

In another tweet, he demanded Chief Minister Naveen Patnaik for compensation amounting to Rs 2 crore for the kin of deceased schoolteacher, a government job to one her family members and to provide security on emergency manner to the victim’s family.

On the other hand, Youth Congress activists hurled eggs at the residence of Captain Dibyashankar in Bhawanipatna demanding his resignation of his alleged involvement in Mamita Meher murder case.

Mamita Meher (24), a teacher of Sunshine Public School, Mahaling, went missing since October 8. In this connection, Govind Sahu, the President of the school, was arrested and later he escaped from the police custody.

On October 19, the body of Mamita was found dumped at an under-construction stadium near the school. Later in the evening, accused Govind Sahu was nabbed from his sister’s house at Budhipadar village in Balangir district.

During interrogation, the prime accused confessed to his crime before the police. He revealed under which circumstances he killed Mamita and disposed of the body at the stadium.

According to police sources, Mamita was strangled to death inside a car while she along with Govind Sahu was returning from Bhawanipatna. Her body was chopped into pieces and burnt before being dumped underground.

No evidence of any ‘drug-related exchanges’ between Aryan Khan and Ananya Panday: NCB sources