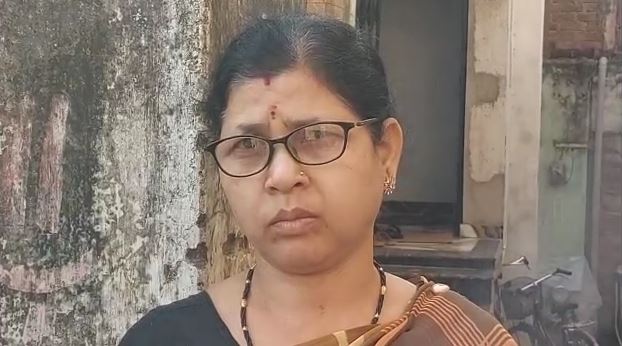 Balangir: The family members of deceased Mamita Meher today expressed happiness over the alleged suicide of Govinda Sahu, who was accused of killing the woman.

“We got justice with his death. We wanted death penalty for him. However, he died by suicide indicating that he accepted to have committed the crime. He was punished by God before punishment by court,” said Mamita’s uncle.

“Tomorrow is Mamita’s birthday. The accused’s death is a gift to our family,” he added.

“As he had murdered my daughter, we wanted him to die. He eventually killed himself. God has punished him and we are happy about it,” said Mamita’s mother.

“My daughter was an earning member of the family. I urge the government to provide a job to my son,” Mamita’s mother added.

The 55-year-old accused allegedly died by suicide in Kantabanji sub-jail on December 20. He was reportedly found hanging from a window behind the jail kitchen in the morning. He was scheduled to appear before the court of JMFC on the very day.

The Odisha Police has ordered a Crime Branch probe into his death.

Preliminary probe suggested that he used towel to hang himself from the window, said Anusaya Jena, DIG, Prisons, Sambalpur Range. As trees have covered the backside of the jail, nobody could notice his extreme step, she added.

Jail warden Akshaya Mohanty has been placed under suspension for dereliction of duty.

The murder of 24-year-old Mamita Meher of Jharni village under Turekela block of Balangir district had sent shockwaves across the state. While Mamita was working as a teacher at the Sunshine English Medium School at Mahaling in Kalahandi district, prime accused Govinda Sahu was the managing committee president of the educational institution.

Mamita went missing on October 8, 2021. Alleging involvement of Govinda Sahu behind her missing, Mamita’s family members had lodged a complaint with police. On October 19, 2021, bones of Mamita’s body were exhumed from a stadium construction site of the school in the presence of police.

Govinda Sahu allegedly murdered Mamita, chopped off the body, set it on fire and dumped it under the ground. He also torched her bag, mobile phone and other belongings to eliminate the evidence.

Police said Mamita had warned Govinda Sahu to expose his extra-marital affairs, over which he strangled her to death inside his car on October 8, 2021.

With the death of Govinda Sahu, the trial in the murder case will proceed with his driver Radhe Shyam Chandi who was arrested for allegedly helping him in disposing off the body.

US pharmacies limit sales of children’s medications amid ‘tripledemic’