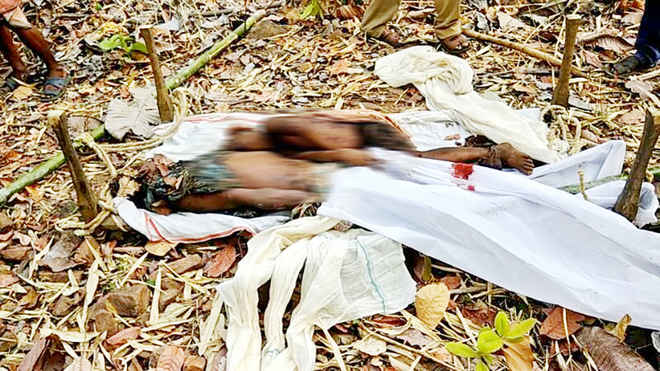 Two persons were killed and another one was critically injured in bear attack today in Odisha’s Boudh district where the attackers have also been killed.

According to reports, the trio had ventured into Bhangamunda jungle, close to their village, to collect firewood this morning.

As none of them had returned home till 1 pm raising concerns among the villagers, their family members set out in their search.

A group of people ventured into the jungle and found bodies of the deceased lying in a pool of blood inside the jungle. Besides, they rescuers found a profusely bleeding Jogendra on the ground.

Jogendra was immediately rushed to a hospital in an ambulance. Harbhanga police station and local forest office was also informed about the incident.

Forest officials and police arrived at the spot and seized the dead bodies.

“We have sent the bodies for post-mortem and injured Jogendra has been admitted to Phulbani hospital,” said Assistant Conservator of Forests Bhairab Chandra Behera.

A compensation of Rs 4,000 has been paid to the next to the kin of the deceased and a joint probe by police and forest officials is on, he added.

According to Jogendra, when they were busy in collecting firewood in the jungle, one female bear with two juvenile bears attacked Pitamber from behind.

To protect the minor boy they battled with the wild animals with axes but it was not easy to save themselves from claws of the bears.

The battle ended with death of the father-son duo and killing of the bears, said the survivor.