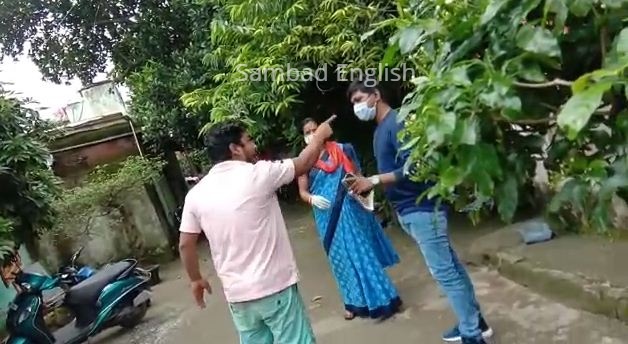 Sambalpur: Police have arrested a person for allegedly misbehaving with a COVID warrior at Tanlapada in Odisha’s Sambalpur district.

As per a police complaint lodged by Suraj Kumar Bakhara, MPHW(M), JPM, Sambalpur, he had gone to Tanlapada on August 24 to conduct contact tracing of a COVID-19 patient in the locality. In the meantime, accused Pankaj Kumar Das obstructed Bakhara, scolded him with abusive words and threatened him of dire consequences.

A video of the incident has gone viral on social media. In the clip, Pankaj was seen accusing the COVID warrior of being involved in corruption.

On the basis of the complaint, police arrested Pankaj under sections 188, 294, 353, and 506 of the IPC, section 3 of Epidemic Disease Act, and section 51-A of Disaster Management Act. He was produced before a local court on August 25 and remanded to judicial custody after the rejection of his bail plea.