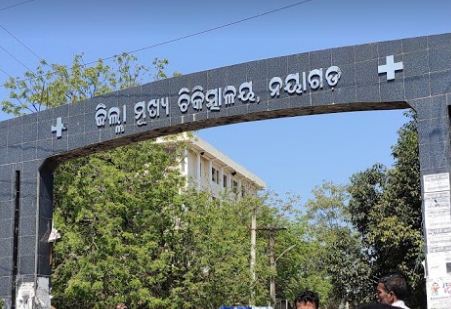 Nayagarh: A man allegedly attacked his father and elder brother with a blade and injured the two over a property dispute at Ganesh Bazaar in Daspalla area Odisha’s Nayagarh district today.

According to reports, Hari Sahu (70) and his elder son Laxmidhar were assaulted by the elderly man’s younger son Santosh early this morning. The accused, who stays in Bhubaneswar, came to his village and attacked his father early this morning with a blade.

As Laxmidhar tried to save his father, Santosh attacked him too. The two sustained injuries on neck in the incident. The accused fled the spot after committing the crime.

While Hari has been admitted to the District Headquarters Hospital, Laxmidhar is undergoing treatment at the Daspalla Community Health Centre.

Sources said Santosh used to force his father to give him the share of the latter’s properties and house.