Man beaten up sans mercy in Odisha capital. Here’s why 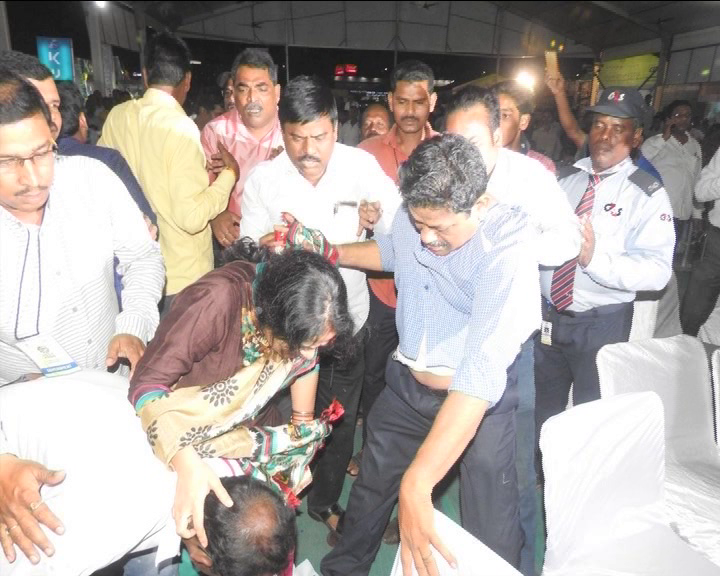 Bhubaneswar: A gentleman was attacked and beaten up mercilessly by a group of people on false allegation leveled by a woman to have stolen her mobile phone during an event here.

The incident was reported from Baramunda playground where an event on agriculture was held on Thursday.

The person was accused of stealing a mobile phone, which was later found in the complainant’s bag.

According to report, a woman sitting near the person during Krushi Mahotshav at playground in Baramunda suddenly shouted and alleged him of stealing her mobile phone while the accused received his phone call.

A group of people supporting the woman attacked the accused on the allegation for stealing her mobile phone without listening to him.

The police intervened into the matter when the situation turned uglier with the clash erupted between two groups and took both the person and woman to the police station for interrogation.

During the course of interrogation, the person claimed that the phone he is holding belongs to him. When the woman alleged that he had stolen her phone, the police asked her to check her bag once again.

Surprisingly, the woman, who had been claiming the person’s mobile phone as her, found her phone in her bag.

Reports said that the confusion occurred as the mobile phones of both the person and woman were of a same model and the ringtone set in the phone was also similar. When the phone of the person rang, the woman suspected that he might have stolen her mobile phone and told her supporters.

Later, the police released both the person, who was mistakenly beaten up, and the woman, who made complaint against him.