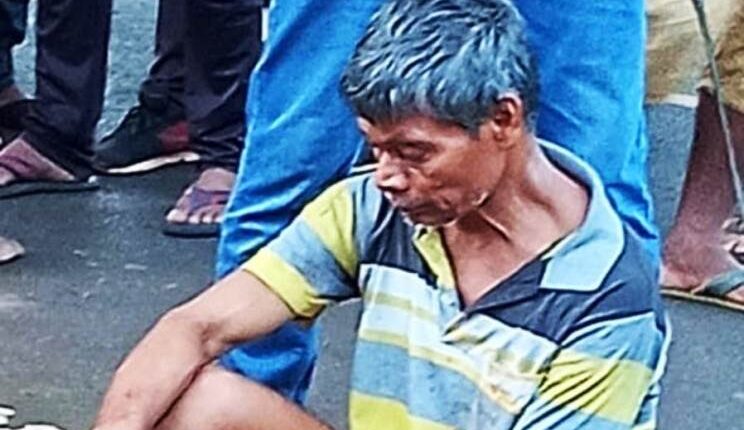 Dhenkanal: Locals of Chandrasekharpur village under Gandhia police station in Dhenkanal district were petrified after seeing a co-villager walking around with a severed head early this morning.

Later, they found out that the man identified as Nakaphodi Majhi alias Janda beheaded his wife Chanchala yesterday. The villagers later called up police.

Sources said an altercation had erupted between the couple over family dispute yesterday. In a fit of rage, the man beheaded Chanchala with a sharp weapon. This morning, he was reportedly going to police station to surrender, holding the severed head and the sharp weapon used in the crime. Seeing the man, some villager detained him and called up police.

On receiving information, a police team reached the spot and began an investigation into the incident.