Man bites back snake, kills it in revenge bid in Odisha

He later wrapped  the dead reptile around his neck and roamed around the village showcasing it. 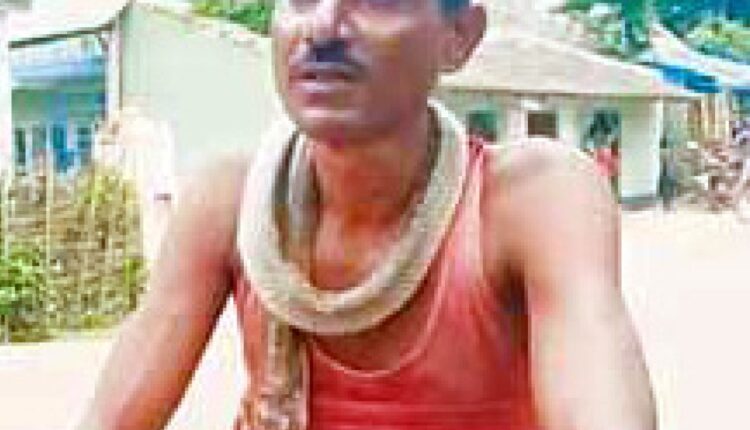 Balasore: In a bizarre incident, a man chewed a snake and killed it in a fit of rage after the latter bit him in Odisha’s Balasore district here today. Not just that, he later wrapped  the dead reptile around his neck and roamed around the village showcasing it.

The incident was reported from Darada village within Basta police limits in the district. As per reports, the man, Salim Nayak was working in his farm field when a cobra bit him. Enraged, Salim reportedly caught hold of the venomous snake and bit it back, chewing it to death. He was later seen roaming in the local market on his bicycle with the dead snake coiled around his neck.

The incident sparked concern among locals as they witnessed the unusual sight. “We saw Salim going on his bicycle with the dead cobra around his neck. It is disturbing,” they said.

Sources informed that Salim claims to be a tantric and treated himself through black magic practice instead of going to the hospital.