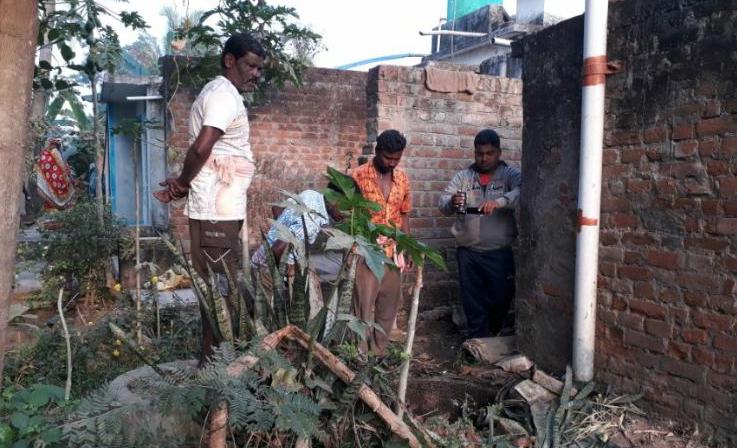 Berhampur: A man was brutally killed by his younger brother over alleged family feud in Ganjam district. The body, which was chopped into pieces, was recovered from a septic tank behind his house.

The deceased was identified as Babula Patra, a resident of Jayapur village under Aska police limits in Ganjam district.

According to reports, the accused Santosh Patra with help of his father Banamali Patra after killing elder brother Babula Patra had dumped the body into a septic tank behind his house by chopping it into pieces.

After getting information from reliable sources, Police today recovered the chopped body from the septic tank and sent it to MKCG Medical College & Hospital in Berhampur for autopsy.

The family feud is suspected behind the brutal killing, which took place two days ago.

The matter is being investigated on basis of the allegations made by the victim’s wife Bhagyalata.

The accused brother and father are at large.

Earlier, the accused Santosh Patra was convicted of killing his wife in 2014. He was sentenced to 20 years in imprisonment. After serving his jail term for eight months of his total sentence period, he was out of jail on parole recently.

Explore crafts and culture of Odisha at Khandagiri & Udaygiri Mahotsav