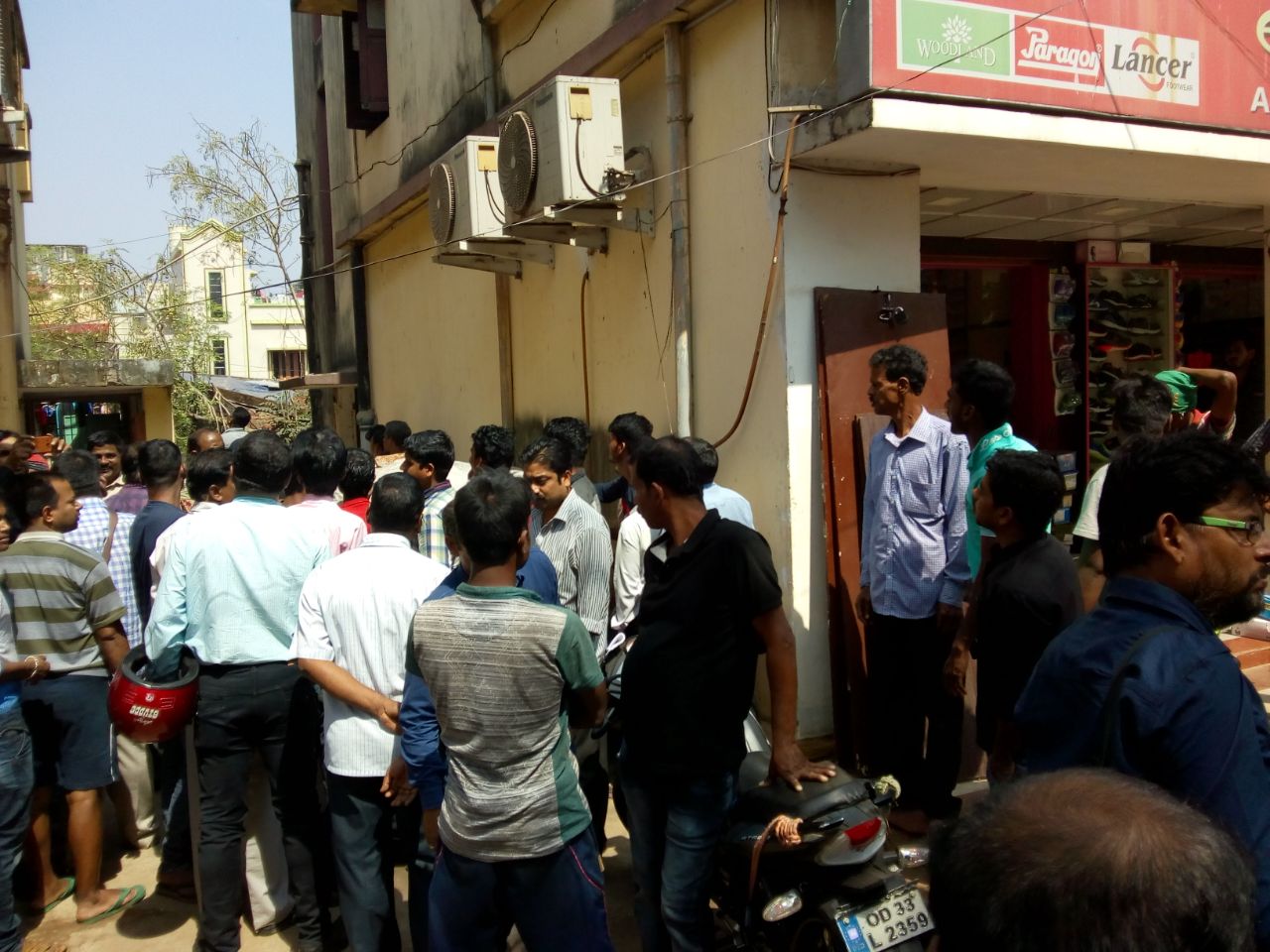 Bhubaneswar: In a brutal murder incident, a man’s body was recovered from a house with throat slit at Unit-4 market area here today.

The deceased was identified as Gopal Moharana, a carpenter at a workshop at the market.

The incident took place in the heart of the city behind unit-4 fish market near Kar Clinic road under Kharavela Nagar police limits.

On being informed about the incident, police along with a scientific team rushed the spot and launched probe after seizing the blood stained saw that was used for the crime.

According to reports, Gopal Moharana along with his brother Bhagabat Moharana had been staying at a house on rent at Unit-4 market. They were working together at a workshop in the past 25 years in the market.

Sources said that Gopal had slept inside the workshop at night. When his brother did not see him in the morning, he asked his son to awake Gopal from sleep. After Bhagabat’s son entered the workshop, he found his uncle lying in a pool of blood. The scared son informed his father about the incident and later Bhagabat informed the police.

There was no rivalry or dispute between two brothers. They had been residing here in the past 30 years. The brutal murder shocked everyone here in the market. The reason behind the murder of Gopal can only be revealed after police investigation, said one of the locals gathered in front of the workshop in the market.

Biju Patnaik’s Dakota-themed restaurant in Bhubaneswar airport is a must-visit!