Man carries 15-yr-old daughter, who was raped, on back to hospital 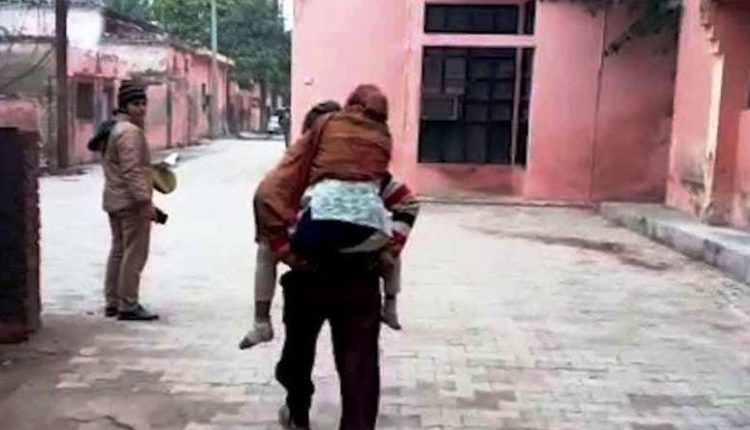 Agra: In a heart-wrenching incident, a man of Etah district in Uttar Pradesh was found carrying his 15-year-old daughter on his back to a hospital after the latter was allegedly raped by a youth from the neighbourhood. The incident came to fore after a video of the same went viral on social media.

Reports said the teenage girl was allegedly raped for hours by a 19-year-old youth of a neighbouring house. The minor girl sustained injuries in her leg when she tried to escape from his clutch. However, the accused Ankit Yadav was later arrested by police following a complaint lodged on December 14.

Locals said the girl was later sent to a Government hospital for medical examination. A woman constable and her father first took her to newly-constructed ‘One Stop Centre’ located on the premises of the hospital for violence against women for necessary formalities. Later, when the girl was to be taken to the hospital, her father could not get any stretcher or wheelchair at the ‘One Stop Centre’.

With no option left, the man carried her daughter on his back and walked to the hospital.

Nirbhaya convict gets breather till Jan 24

6-YO girl missing since 6 days in Odisha’s Koraput