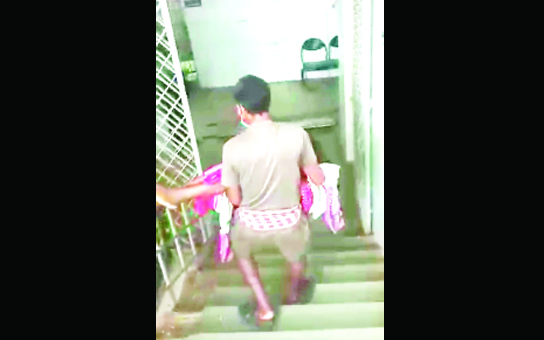 Phulbani: A man had to carry his wife’s body himself at the Kandhamal District Headquarters Hospital here as the concerned staffers of the healthcare facility allegedly abandoned it following her death.

The incident took place on June 29 while a video of the incident went viral on various social media platforms. Subsequently, the Kandhamal CDMO suspended a staff nurse and an attendant besides dismissing a help desk employee from the service.

According to reports, Rutumati Kanhar (40), wife of Balakrushna Kanhar of Phiringia area, was admitted to the hospital due to illness. However, she died during treatment after suffering a cardiac arrest.

The concerned healthcare workers then abandoned the body while no one turned up to shift the body to the Mahaprayan vehicle.

Balakrushna’s repeated requests for help were unheard by the staffers, he alleged.

Left with no option, he carried his wife’s body till the place where the hearse was parked.

Irfan Pathan explains key reason why India failed in the WTC final; here’s what he said