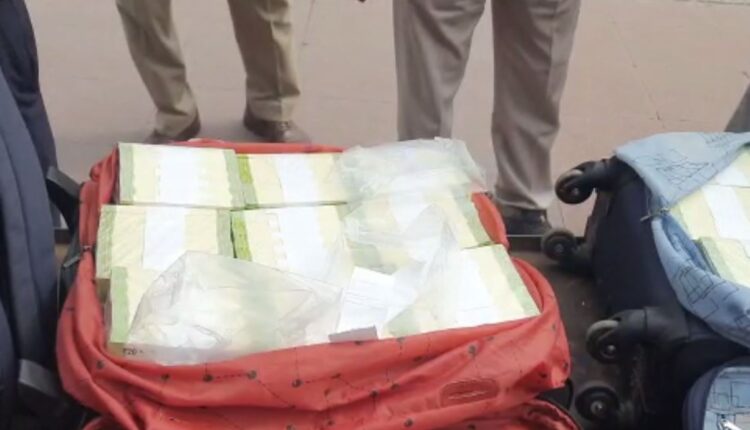 Cuttack: A joint team of the General Railway Police (GRP) and the Railway Protection Force (RPF) today detained a man while travelling in New Delhi-bound Rajdhani Express for carrying bags containing cash worth lakhs of rupees.

The police team seized four bags containing cash from the possession of the railway passenger, AK Swain at the Cuttack railway station. After detaining Swain, the police have been questioning him from where he sourced the currency notes and the reason behind so much cash.

The currency notes of Rs 10 and Rs 20 denominations were stacked in the four bags.

Based on a tip-off, the joint team of railway police searched Swain’s bags when Rajdhani Express reached the Cuttack railway station and seized the cash. The amount of cash is yet to be known as the cops have been counting the seized cash, said official sources.