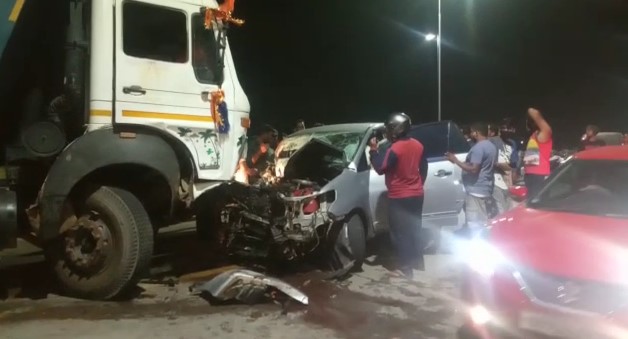 Cuttack: A person was critically injured after a SUV had a head-on collision with a hyva truck on Trisulia bridge over Kathajodi river here last night.

Following the mishap, the SUV got stuck in the hyva truck and its front portion was completely damaged.

On receiving information, fire brigade officials rushed to the spot and rescued the trapped driver of the four-wheeler. He was later admitted to a hospital for treatment in critical condition, sources said.

Four of family die by suicide by throwing themselves under train

Woman killed, 1 hurt in road mishap on OMP overbridge in…