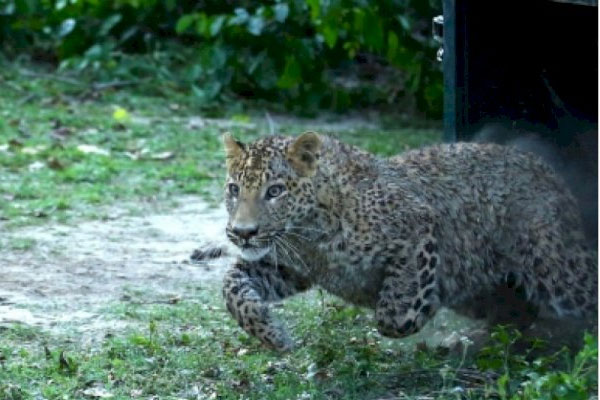 Amroha (UP): A young man sustained critical injuries after being attacked by a leopard in the outskirts of Kamelpur village in Amroha district.

His screams alerted villagers from nearby areas and they rushed in to save him.

Hearing the commotion, the leopard released the victim, identified as Rampal Saini, 20.

Saini was rushed him to a nearby hospital and he is under treatment. His family said that he was returning home on a bike when the incident occurred.

Meanwhile, the villagers said that the leopard had attacked an elderly woman and a girl in the last one month.

Amroha Divisional Forest Officer (DFO), Devmani Sharma, said: “We have set up cages in sensitive areas to trap the leopard. Villagers living in the area have been alerted as well. We have appealed to the villagers to venture into their fields in groups.”

Notably, for the past few years, leopards have been taking refuge in sugarcane fields.