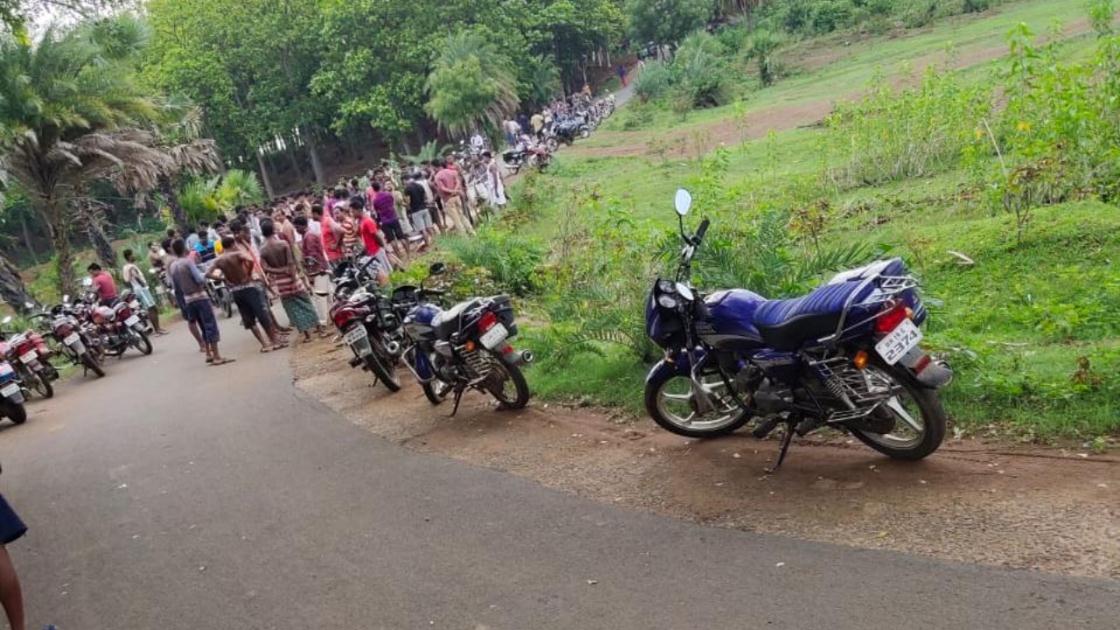 Dhenkanal: A man was killed and his wife sustained critical injuries after a bus hit their bike near Rankia village under Kamakhyanagar police limits here in the district this morning.

The deceased person was identified as Gatikrushna Khuntia, a resident of Mathakargola area of Dhenkanal district.

According to reports, a passenger bus coming from Jiral hit the bike from behind on which the couple was travelling to Bolua village to meet one of their relatives.

While Gatikrushna died on the spot, his wife struggled alone with injuries on the road for survival.

The locals rescued the injured wife and took her to Dhenkanal District Headquarters Hospital in critical condition. Later, she was shifted to the SCB Medical College & Hospital for treatment.

Following incident, the angry locals hit the street and blocked the Jiral-Pandua road. The police reached the spot to convince the villagers.

One dead, 4 critical as brick-laden truck overturns in…

Tragic: Three of family killed; 4 others critical as car…