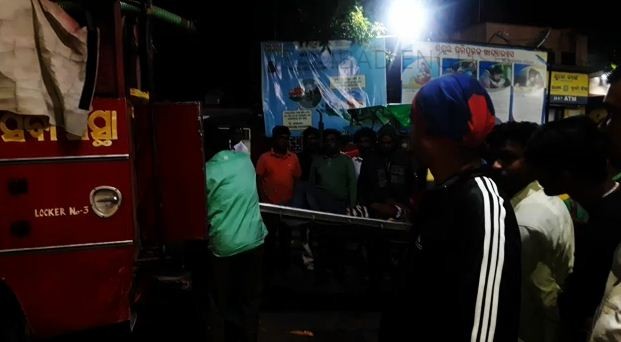 Bhadrak: A man died and three others sustained critical injuries as the car in which they were travelling hit a truck from rear on NH-16 near Charampa railway overbridge in Odisha’s Bhadrak district, late last night.

The deceased has been identified as Kati Mallick of Sureshpur village in Basudevpur area of the district.

According to reports, the four were heading towards Basudevpur in the car while the ill-fated vehicle rammed into a stationary truck which was parked on roadside. Kati died on the spot under the impact of the collision while other occupants of the car were grieviously injured.

Fire Service personnel rescued the victims from the mangled car and admitted them to the Bhadrak District Headquarters Hospital. They were later shifted to the SCB Medical College and Hospital in Cuttack as their condition deteriorated.

Inside story of the Delhi coronavirus case