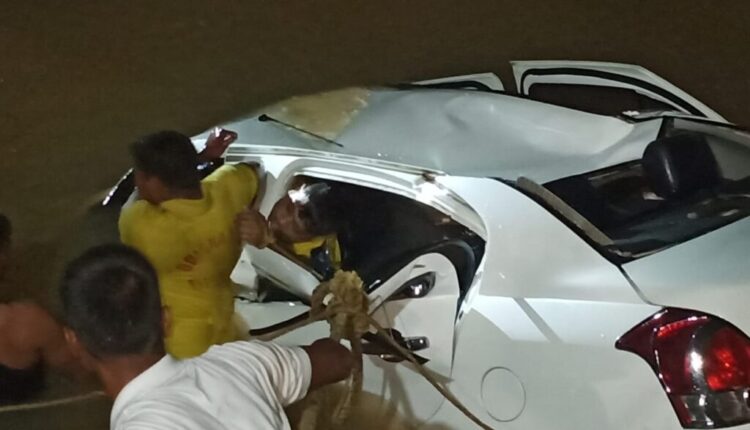 Jeypore: A man was killed after a car he was driving plunged into a canal in Odisha’s Jeypore town today afternoon. The deceased was identified as Gadadhara Sahu from Jagatsinghpur district.

Eyewitnesses said a speeding Swift Dzire car, which came from the direction of Hatisala, hit a two-wheeler parked on roadside and a tree near Laxminagar. Subsequently the car fell into a canal on the left side.

Apart from Gadadhara, his two friends Prafulla Mallick and Suresh were travelling in the car when the mishap occurred. Though Gadadhara remained stuck in the car, Prafulla and Suresh managed to come out of the vehicle and swim to the canal bank.

After receiving information, the Fire Service personnel and police reached the spot and launched a rescue operation.

The body of Gadadhara was retrieved from the car by scuba divers after a few hour-long operation, said a Fire Service official. However, the vehicle could not be recovered today due to evening hours and high-level of water in the canal.