Man dies after falling into under-construction drain in Berhampur 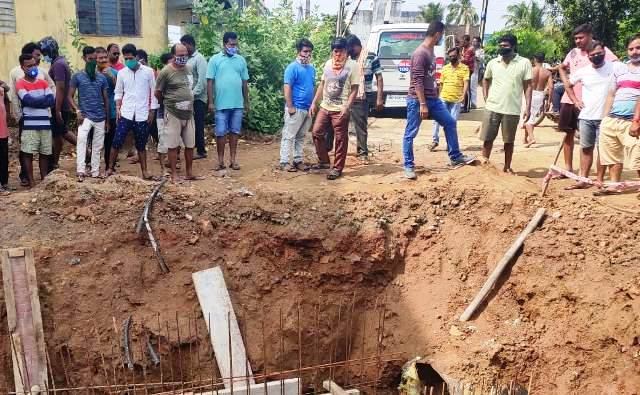 Berhampur: In an unfortunate incident, a 35-year-old man reportedly died after falling into an under-construction drain under an flyover in Ankoli area here last night.

The deceased has been identified as Purnachandra Samantray of Tota Sahi in Lanjipalli area here.

Sources said Purnachandra was returning to home on his scooter at around 11 pm yesterday when he accidentally fell into an under-construction drain due to darkness. Iron rods inside the drain pierced through the body of Purnachandra killing him on  the spot.

Meanwhile, locals have expressed strong  discontentment alleging callousness of the authorities concerned for not demarcating the construction site that led to the mishap.

“After completion of the flyover, construction work of the drain is underway since last couple of days. Thousands of people commute through the road daily but their is no street light in the area. Besides, the contractor has not placed any guard wall at the constriction site for which the mishap occured,” rued a local.