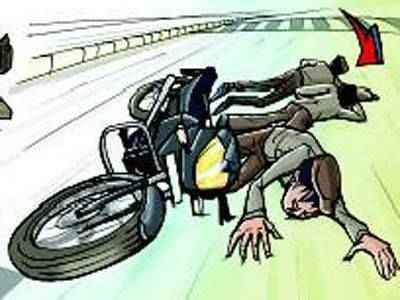 A man died on the spot after an unknown vehicle hits his bike in Odisha’s Jharsuguda district.

The deceased was identified as Kanha Shukla (25). He was found dead at Jolka turning on NH 26 uner Kesinga police station limit in Jharsuguda.

According to reports, Shukla died on the spot after a vehicle hits his bike from back. Police reached the spot and conducting probe into the incident.