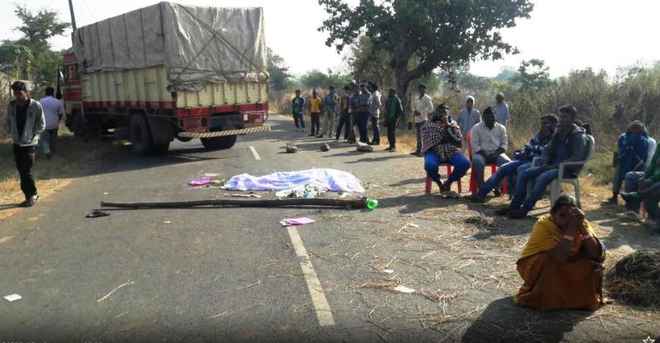 A person died and his wife sustained grievous injuries when they were hit by a rice-laden truck at Kashibahal near Dharmagarh in Odisha’s Kalahandi district last evening.

The deceased were identified as Rabishankar Jal (65) and his wife. She has been admitted to a nearby hospital.

Demanding compensation for the family members of the deceased, locals today blocked Bhawanipatna-Dharmagarh road placing the body on road.

On being informed, police reached the spot and tried to pacify them.

Vehicular movement was affected on the route due to the blockade.