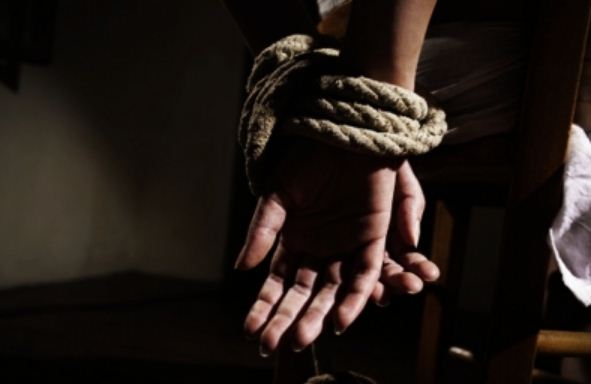 Prayagraj (Uttar Pradesh): A 30-year-old man, steeped in debt, staged his own abduction and demanded Rs 30 lakh ransom from his family.

He tried to force his father to sell land and pay the ransom. However, his father went to the police, who blew the lid off the abduction plot.

The accused, Hem Bahadur, resident of Newada Gaura Daad, did not tell his family that he had borrowed money from more than 12 people on the pretext of getting them jobs in the Railways.

On March 4, he sent anonymous text messages to his wife and another relative, asking them to pay up Rs 30 lakh, if they wanted him alive.

The SMS also cautioned them against going to the police. The message read — “Hem Bahadur is in our custody, and if you want to see him alive, then arrange Rs 30 lakh. If you contact police or politicians, you won’t even get his body.”

Hem Bahadur was nabbed by the crime branch and Lalganj police while he was travelling in a roadways bus near Naya Purva canal bridge over the weekend.

Superintendent of Police (West) Dinesh Kumar Dwivedi said, “The accused’s father Ram Jiyan Verma approached Lalganj police on March 4 and alleged that his son Hem Bahadur had gone missing. Verma also suspected his son had been kidnapped over a monetary dispute. Following the complaint, a case under Section 364 IPC was registered at the Lalganj police station.”

After activating the surveillance mechanism, police found Hem Bahadur moving towards Rae Bareli from Lucknow on March 6 and a joint team of crime branch and Lalganj police was dispatched to Rae Bareli-Lucknow highway, where they tracked him down in a roadways bus.

During interrogation, Bahadur confessed he had taken money to the tune of several lakhs of Rupees from 12 people on the pretext of arranging jobs in the Railways. When these men began knocking on his door, asking for their money and jobs, he faked his own kidnapping.

Bahadur also confessed he moved to Lucknow on March 4 and sent messages to his wife and relative from an unknown number, demanding ransom.

He also told police he thought his father would sell land to arrange Rs 30 lakh after getting news of his abduction. He would then go underground with the money, after framing those who had loaned him money.