On Monday night, he was riding one of the swings when he suddenly fell. As he suffered grievous injuries, locals rushed him to Tureikela hospital but doctors declared him dead on arrival. 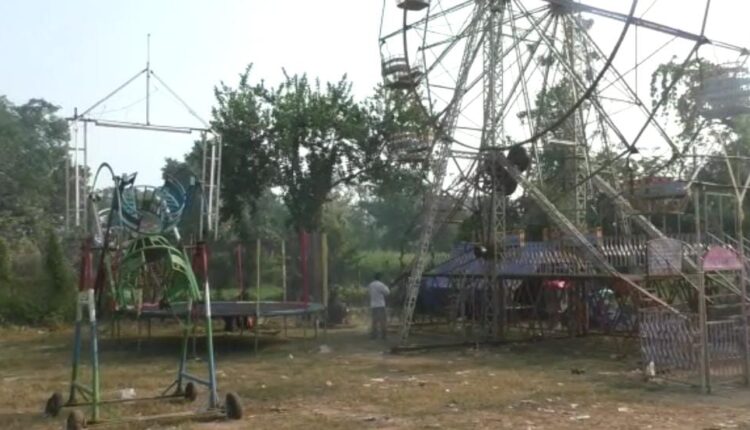 Kantabanji: In a tragic turn of events, a joy ride at a Meena Bazaar turned fatal for a man after he fell from a swing in Tureikela block of Balangir district in Odisha on Monday night. The deceased was identified as Debrah Sahu, a resident of Tureikela village in the block. As per reports, since Kartik Purnima was being celebrated with much gusto in Tureikela after a two-year lull due to the Covid pandemic, the local puja committee had organised a meena Bazaar. Sahu, a member of the committee, was overseeing the Meena Bazaar. On Monday night, he was riding one of the swings when he suddenly fell. As he suffered grievous injuries, locals rushed him to Tureikela hospital but doctors declared him dead on arrival.

One of the eye witnesses Murli Mallick said Sahu fell from the swing after it suddenly stopped. “It is devastating for all of us. He was a nice man. But the incident was unexpected and unfortunate. We can do nothing about it,” he said.

Doctor Saroj Kumar Hota said the condition of the patient was critical and by the time the locals brought him to the hospital, he was dead. Police has reached the spot and started investigation. The body has been seized for postmortem and a case of un-natural death registered.