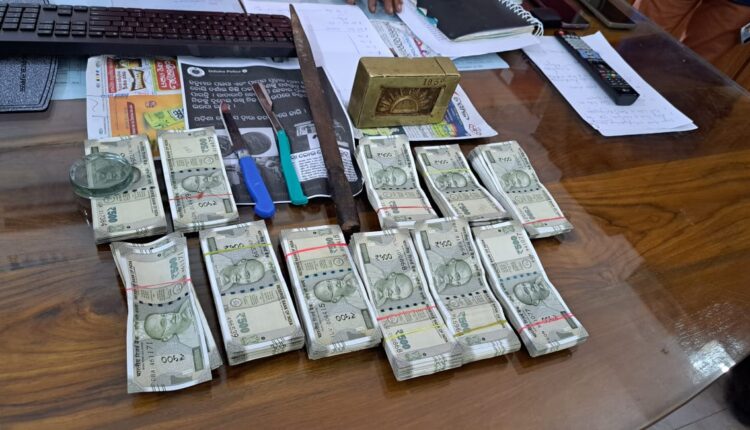 Nabarangpur: A man and his father-in-law including two others were arrested today for allegedly selling fake gold bricks and duping Rs 10 lakh in Nabarangpur town of this district, Additional SP Jayakrushna Behera and SDPO Nihar Ranjan Pradhan informed in a presser.

The four wrongdoers were identified as Mithun Sahu and Bansidhar Parida, both presently residing in Ichhabatiguda of Nabarangpur town and 50-year-old Tunu Takri (father-in-law) and Jitendra Khara (son-in-law), both from Khaliguda village under Dabugaon police limits in the district.

Four arrested persons along with three others, who are still absconding, have committed the crime. The fraudsters sold brass bricks instead of gold to a 32-year-old trader from Raghupati Nagar locality under Bada Bazaar police limits of Ganjam district named Sagar Gouda, the police officials said.

The criminals hatched a conspiracy to trap Sagar and took Rs 10 lakh from him after finalisation of the deal. Later, when Sagar suspected the brick to have been made up of brass, he was threatened of dire consequences in case he would report the matter with local police.

Nabarangpur police registered a case (No-443/2022 under Section 395 of the Indian Penal Code) in this connection and launched a detailed probe. Police have recovered cash of Rs 4.60 lakh, three mobile phones, a knife and a razor used in committing the crime from their possession.