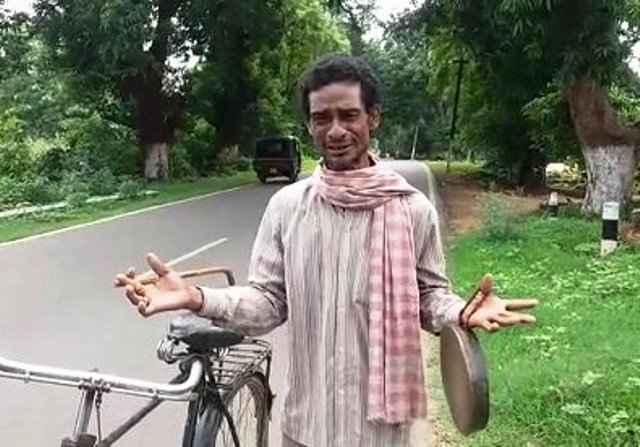 Angul: In another ruthless verdict by Kangaroo court in Odisha, a ward member’s husband was forced to move around the village by playing gong as part of punishment for violating village decision during recently held panchayat polls.

The incident occurred at Gudiapada village of Badakora panchayat under Bantal police limit in Angul district where a woman ward member and her husband were punished by the villagers in kangaroo court for not casting vote to a particular candidate for Naib sarpanch post in the rural polls.

According to reports, woman ward member Mallick Sahoo had not voted the particular candidate in the polls, for which the villagers punished her husband Dushmant Sahoo in the village court. He was asked to pay Rs 50,000 as fine for violating the village decision in the polls. After he expressed inability to pay fine amount, he was forced to play gong throughout the village.

Obeying the kangaroo court’s verdict, Sahoo went around the village by playing a gong.

16 families exiled for not casting votes in Odisha panchayat…