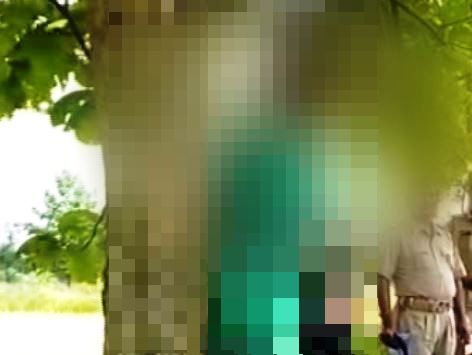 Nabarangpur: Bodies of a married man and a girl were found hanging from a tree near Fakati village under Chandahandi block of Odisha’s Nabarangpur district, today.

The deceased have been identified as Narottam Nayak of the village and an 18-year-old girl. As per the wife of Nartam, he was sleeping last night when a phone call came, following which he went outside.

Locals this morning spotted the bodies near the village and informed police. Cops have recovered the bodies for post-mortem and started investigation into the incident.

Though the reason behind the death of the two is yet to be ascertained, family members of Narottam have alleged that kin of the girl murdered the duo.