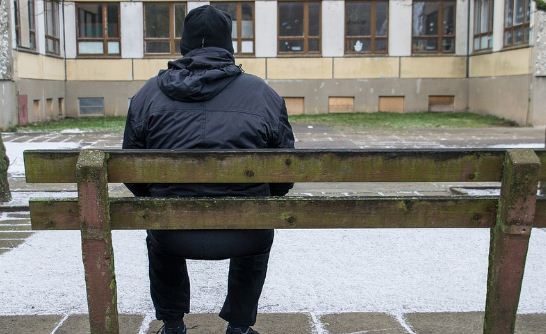 Kanpur (Uttar Pradesh): When Ahmad Hassan quarrelled with his wife Nagma a week ago and went missing for a few days thereafter, little did the couple or their family know they would soon be faced with a mystery over an unidentified body.

On August 2, Ahmad Hassan of Colonelganj area of Kanpur went missing after arguing with wife Nagma. The family filed a missing complaint at the Chakeri police station when he did not return home for two days.

On August 5, police found a body and called the family for identification. They identified the body as Ahmad’s and performed religious rituals and buried it.

To the utter surprise and shock of the grieving family, Ahmad returned home on August 7 — alive. Evidently, he too was shocked to find that he had been taken to be dead and buried.

“I left home after a spat with my wife. On the way, a man helped me and I worked in a factory. I came back home on Friday after getting paid for my work. My house was locked when I reached home. But my neighbours recognised me and called the police. Later, I was taken to the police station. I came to know that a body identified by my brothers as mine was buried, but I am alive,” said Ahmad.

Nagma was elated at the return of her husband. She claimed that it was just a petty fight.

“We had a verbal spat on a petty issue. He became angry and left the home in the evening. He did not come back for two days. We lodged a missing complaint. The police found a body and asked us to identify. We could not recognise the body even though the face was similar to my husband’s. I was in doubt, but his brothers confirmed that it was him. I am happy that my husband has come back. We all are happy,” she said.

While the family is happy, the Chakeri police is now in a quandary — who is the man whose body was buried by the family?

Kanpur Senior Superintendent of Police (SSP) Preetinder Singh said: “The body was identified as Ahmad’s by his family but he has returned alive. We do not think that there is a need to take action against the family as they did it in confusion. We are now putting up posters at various places to identify the buried man. I have asked the police officials to see if doctors have drawn DNA samples for testing from the body or not while conducting post-mortem.”