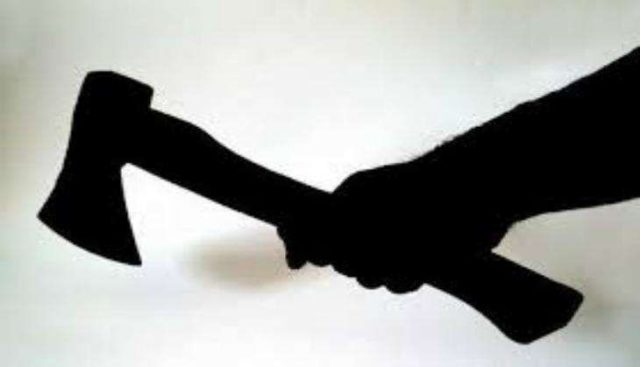 Cuttack: In a spine-chilling incident, a man allegedly hacked her mother to death in inebriated condition at Gopinathpada village under Choudwar police limits in Cuttack district last night.

The deceased has been identified as Sabi Dehury.

Sources said Sabi’s son Prakash reached the house last evening in inebriated condition and asked his mother for money to buy more liquor. Later, a heated argument was exchanged between the two after the mother reused to give money. In a fit of rage, Prakash hacked her mother with an axe and fled the crime scene.

Later, the woman was rushed to a hospital in Athagarh, where she died undergoing treatment. On receiving information, police later reached the spot and began an investigation into the incident.

” A case has been registered in this connection and. Search operation is on to nab the accused,” said police.