According to the neighbours, Basanti and Bikas got into an ugly fight on Friday night which is believed to have led to the crime. 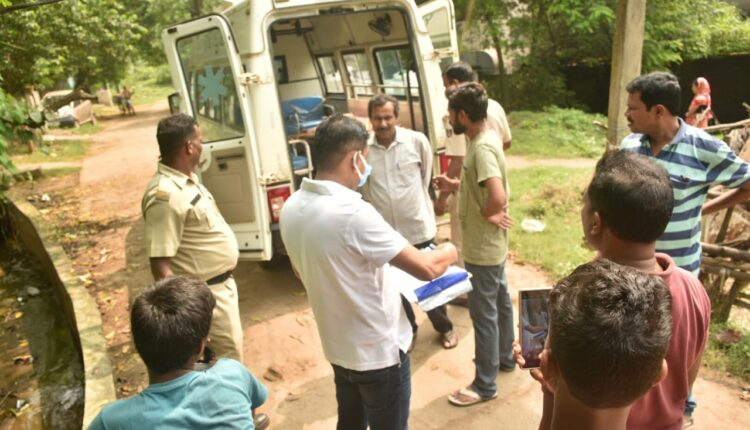 Rourkela: Police have arrested a man for allegedly killing his wife in Rourkela in Sundargarh district of Odisha today. The accused Bikas De, a resident of Burla in Sambalpur district, reportedly hacked his wife Basanti Hira to death and then hung her in a fit of rage after the duo had a heated exchange at their home in Rourkela Timber Colony on Friday night.

Sources said Basanti, 24, used to live with her uncle’s family in Sector 14 of Rourkela. Last year, she got married to Bikas, As their financial condition was not sound, the couple shifted to Rourkela Timber Colony in May and both started working for a living. While Bikas worked as a contractual labourer, Basanti took up a job in a hotel. According to the neighbours, Basanti and Bikas got into an ugly fight on Friday night which is believed to have led to the crime.

On getting information, Plant Site police reached the spot and started investigation. The body was seized for postmortem. A case has been registered basing on the complaint of family members of the deceased.