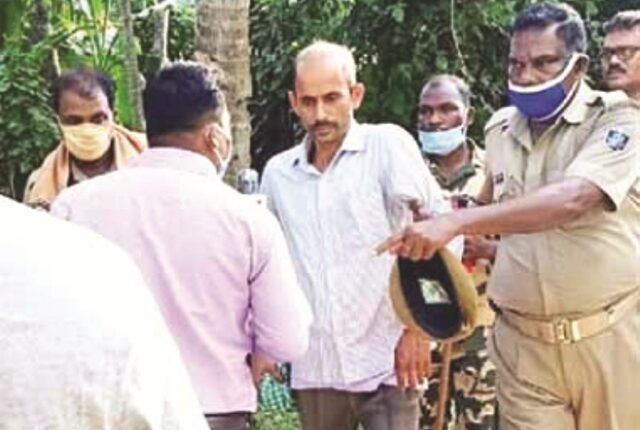 Puri: In a highly shocking incident, a man held his mother hostage to evade arrest after attacking and injuring his elder brother at Laxminarayanpur village under Pipili police limits in Odisha’s Puri district yesterday.

According to reports, accused Dilip Rath (42) attacked his elder brother Niranjan (50) and sister-in-law Jharana Rani (45) with a knife over a land dispute on August 9 night. The couple sustained grievous injuries in the incident and was admitted to a private hospital for treatment.

High drama unfolded yesterday as Dilip held his mother Manika Rath (70) hostage by locking her inside the house. As police reached the spot and knocked on the door, Dilip threatened the cops to kill the elderly woman and himself.

Later in the evening, the local sarpanch assured him to resolve the land dispute issue, after which he opened the door and came outside. Cops then took him to the police station for questioning.