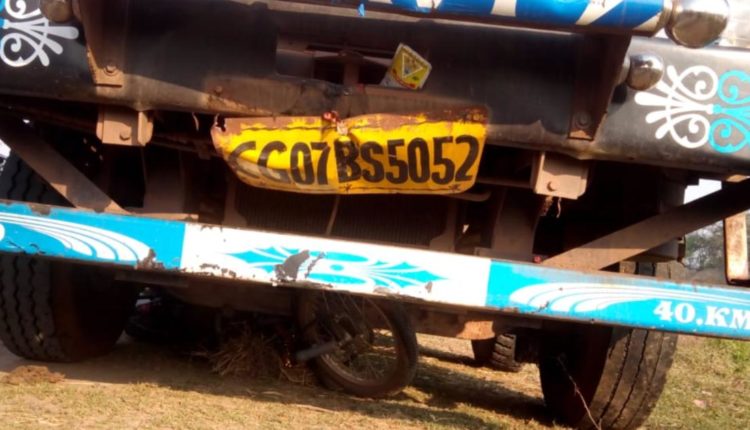 Nuapada: A person was killed and his wife sustained serious injuries after a motorcycle they were riding in was hit by a goods-laden truck near Ghotsar village under Komana police limits in Nuapada district in the morning.

The deceased has been identified as Basudev Bemal, a resident of Kuimunda village under Turekela police limits of Balangir district.

According to sources, Basudev and his wife Upasi Bemal were returning from Ghotsar  to their village Kuimunda . The incident took place on the National Highway near Ghotsar where a speeding truck rammed into their motorcycle. While Basudev died on the spot, his wife was seriously injured in the mishap.

Immediately, Upasi was rushed to the Community Health Centre (CHC), Komana, for treatment.

After receiving information, police reached the spot and seized the truck. However, the driver managed to flee from the spot.

Following the incident, the irate locals staged a road blockade on the NH demanding compensation for the deceased family.

2 dead, 2 others injured as tractor turns turtle in…