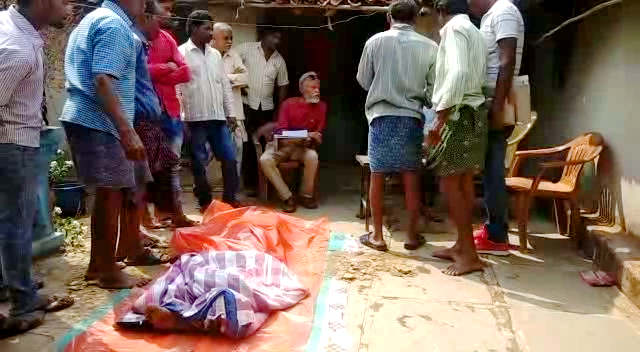 Bargarh: A 75-year-old man was allegedly killed by his son over family dispute at Dabha village under Jharbandha police limits in Bargarh district yesterday.

The deceased has been identified as Parsuram Sahu.

Sources said Kampal Sahu (38) axed his father to death following a verbal duel over some family issue last night. He later buried the body inside his house to evade arrest. Suspecting his activities, locals informed the police, who reached the spot and began an investigation into the incident.

The cops also arrested the accused son in this connection.