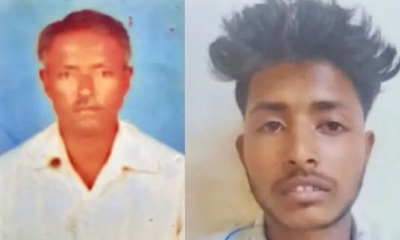 Bagalkot: A man killed his father and stuffed his body in an uncovered borewell after chopping it into 30 pieces in Karnataka’s Bagalkot district, police said on Tuesday.

Fifty-year-old Parashuram used to come home every day in an inebriated state and thrash his son Vittal (20), the police said.

On December 6, Parashuram argued with Vittal, during which the latter, in a fit of rage, killed him with an iron rod. Then, Vittal chopped Parshuram’s body and stuffed it in the borewell.

After foul smell emanated from the borewell, locals informed the police which questioned Vittal, suspecting his role.

During interrogation, the accused confessed to the crime.

The police have sent body pieces collected from borewell for post-mortem.