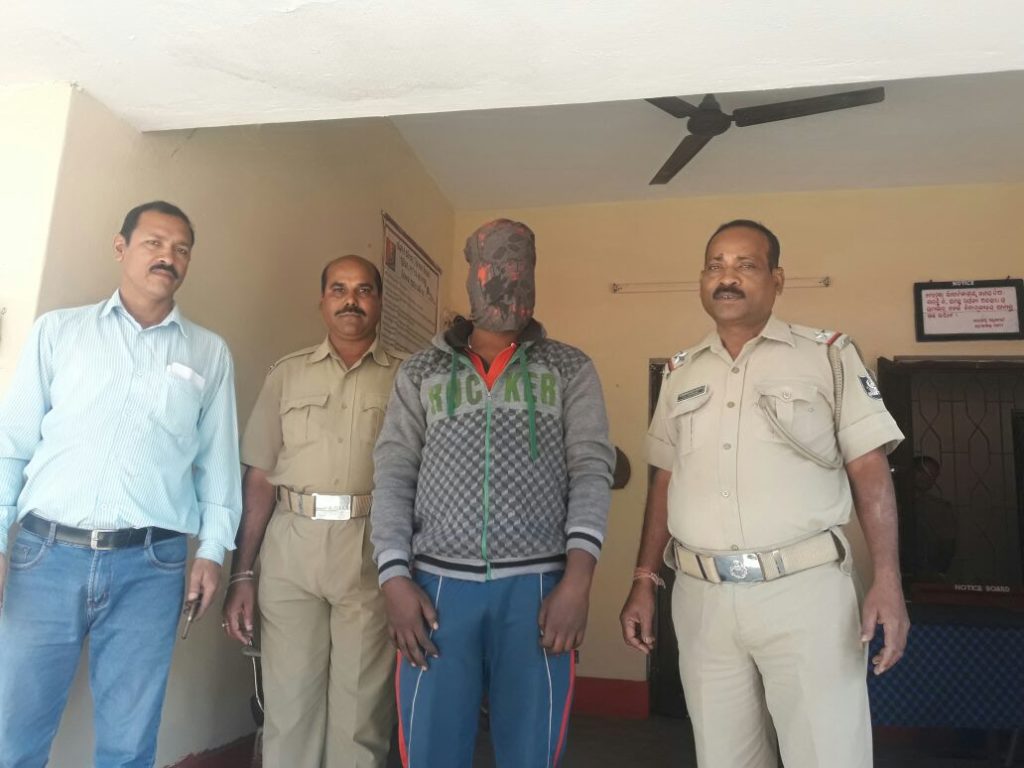 Sundargarh: Odisha police have arrested a person for allegedly killing his friend’s wife and her daughter after the woman rejected his love proposal at Orampada village under Hemgiri police limits in Sundergarh district on December 25.

The accused has been identified as Shalil Bhengra of Jharkhand, who works as a driver in MCL.

“Primary investigation revealed that Shalil, being in an inebriated state, went to the woman’s house in the absence of her husband during night and proposed his love to her. She opposed the act following which he strangulated her to death. Her six-year-old daughter witnessed the scene for which he murdered the girl too,” said Sambalpur SP at a press conference today.

The accused also attacked the woman’s one-and-half-year-old son on his head but he survived after being hospitalised.

Bodies of Nandia Minj (26) and her daughter Smruti, the deceased duo, were recovered from the house next morning after the woman’s husband Patrik Minj returned home from work and informed police about it.

Here’s where you can party on New Year’s eve in Odisha!