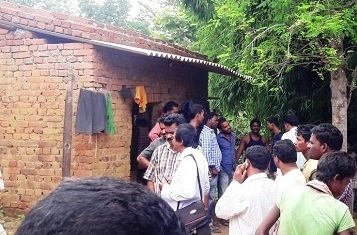 In a shocking incident, a person killed his wife over an altercation at Turipada in Brajarajnagar of Odisha’s Jharsuguda district today.

Brother of murder accused killed in firing in Odisha’s…

4 months after husband’s death, woman set on fire by…

According to reports, Laxman Turi had a heated exchange of words with her wife Mamata this morning as she alleged him of having an extra marital affair. In a fit of rage, Laxman attacked Mamata with a billhook following which she died on the spot.

On being informed about the incident, Brajarajnagar police reached the spot and seized the body.

Five Held in Odisha for betting during IPL matches