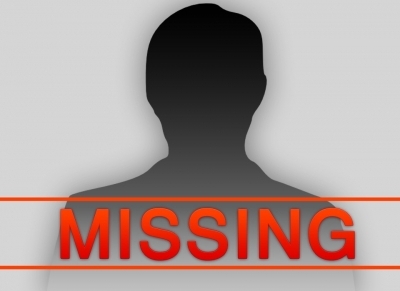 Kolkata: Miracles do occur and the Baral family from Puri, Odisha, will certainly agree. An octogenarian, presumed killed by the super cyclone that lashed the Odisha coast 23 years ago, has been reunited with his family.

After the cyclone that left over 10,000 people dead in Odisha, Kritichandra Baral landed up in Visakhapatnam, Andhra Pradesh. He had lost his memory and occupied a portion of a pavement in the port city.

A.J. Stalin, who was then a corporator of Greater Visakhapatnam, took pity on the man and stopped near him every day to provide food. On hearing Stalin’s car stop, the man would walk up and accept the packet of food before returning to his corner on the pavement. This went on for several years.

One afternoon, the corporator stopped his car as usual and also honked but the man didn’t arrive. Stalin got out and after a search found the man. He was ill and unable to move. This was in 2012.

Stalin then got in touch with the Missionaries of Charity (MOC) and requested them to take care of the man. After necessary police clearance, the MOC took charge and Baral’s health condition improved. Despite all efforts, his memory could not be revived though.

The man would at times utter the word Srikakulam, the name of a city and district in Andhra Pradesh, though. As Baral got stronger, the MOC shifted him to a centre near Srikakulam. He would accompany the missionaries when they went out to the villages. The MOC had hoped that somebody would recognize him there but this did not happen.

“A couple of days ago, I received a call from the MOC. In the past, we had helped the organisation in tracing the families of some people they were taking care of. They now wanted us to try and locate this man’s family. We didn’t even know his name then. After an extensive search by tapping into our network, we finally located the Baral family in Patigram, Bamanala, Puri.

“Baral has three sons. One of them has lost his eyesight. The two others were dumbstruck when they saw their father’s photograph and then started weeping. They are a well-to-do family and said how their father went missing after the cyclone and was presumed dead,” said Ambarish Nag Biswas, secretary, West Bengal Radio Club (WBRC), an organisation of amateur radio operators.

It is believed that Baral had a traumatic experience during the cyclone and lost his memory. He somehow travelled to Srikakulam and still remembers the name. From there, he landed up in Visakhapatnam as a vagrant.

According to Nag Biswas, Baral’s sons have reached the MOC centre at Brahmapur, Odisha, where he has now been shifted, to take him back home after necessary formalities.