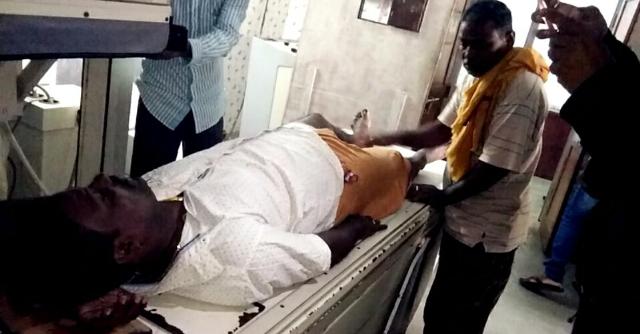 Puri: A man was shot at near Kathapola on Puri-Bhubaneswar National Highway here this morning allegedly over past enmity.

The victim was admitted to Puri Hospital in critical condition. Later, he was shifted to SCB Medical College & Hospital in Cuttack.

The injured person was identified as Gangadhar Bhol (47), a resident of Batagaon in Puri district.

According to reports, Gangadhar was shot by 7-8 miscreants, who were on the bike, at around 8 am when he was going to bricks manufacturing unit near Kathapola. He fell down after a bullet hit his thigh.

He was rushed to the district headquarters hospital in Puri under critical condition. As the bullet was still in his thigh, he was shifted to SCB Medical College & Hospital in Cuttack for treatment.

Although, the exact reason is yet to be ascertained, police suspected the person was attacked over past enmity.