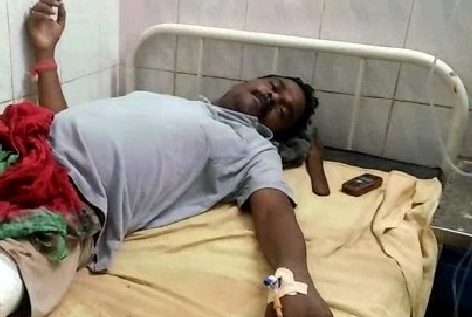 Sambalpur: A person was injured after he was shot at by a fellow villager at Railway Colony here this morning for rejecting a marriage proposal for his niece, who was a widow.

The injured man identified as Ganesh Jagdala was later admitted to hospital for treatment.

Sources said Ganesh’s niece was employed in railways on compassionate ground after death of her husband. One Mantu Suna had been approaching her to marry him for a long time. However, both Ganesh and his niece used to turn down his proposal every time.

At around 8.42 AM today, Mantu intercepted the 42-year-old man near Golbazar while he was returning from the market on a bike at around. Later, both had a verbal duel as Ganesh refused to marry off his niece to Mantu. In a fit of rage, the accused opened fire at Ganesh and fled.

Ganesh, who sustained bullet injuries in his leg, was later admitted to the Sambalpur district headquarters hospital (DHH).

Meanwhile, the Town police have reached the spot and started investigation into the incident.