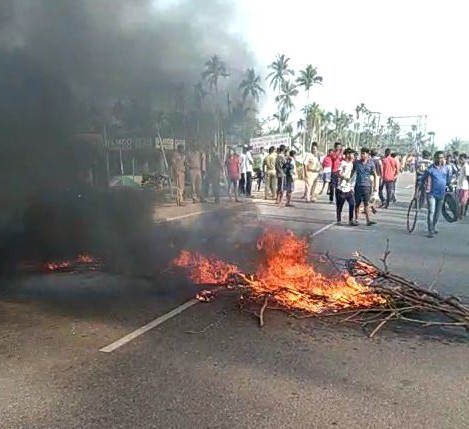 The deceased has been identified as Purendra Behera of Nayagarh. He was staying at his in-laws’ house near Kanjia Chhak and working at a hotel.

Tension gripped the area after the body was found on roadside as irate locals blocked NH-316 at the chhak by burning tyres. Movement of vehicles between Puri and Bhubaneswar was affected due to the blockade.

Police have started investigation into the incident. Till last reports came, the reason behind the firing was yet to be ascertained.

Man dies of electrocution at farmland in Odisha’s Ganjam