Man sitting idle on roadside mowed down by truck in Odisha 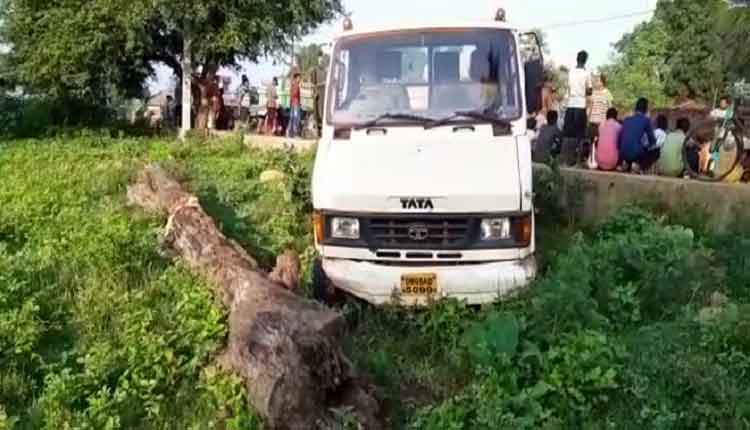 Keonjhar: Death can come anytime. A man, who was sitting idle on a drain cover on roadside was run over by a speeding mini truck near Kotrapali Road at Telkoi in Keonjhar district last night.

The deceased has been identified as Khakaj Kumar Sahu of Kotrapali village.

The incident took place at around 11 pm yesterday. When Khakaj was sitting on the drain cover near his house after electricity went off, a speeding mini truck en-route to Keonjhar from Dhenkanal ran over him. The speed of the vehicle was so high that it dragged the man to a certain distance after hitting him. The truck driver fled the spot  leaving his vehicle on the spot.

Irate over the incident, locals blocked the Telkoi–Kanjipani road demanding installation of speed breakers on the stretch. They later withdrew their protest after Tehsildar reached the spot and pacified the locals.

Man beaten to death by niece in Odisha; accused held