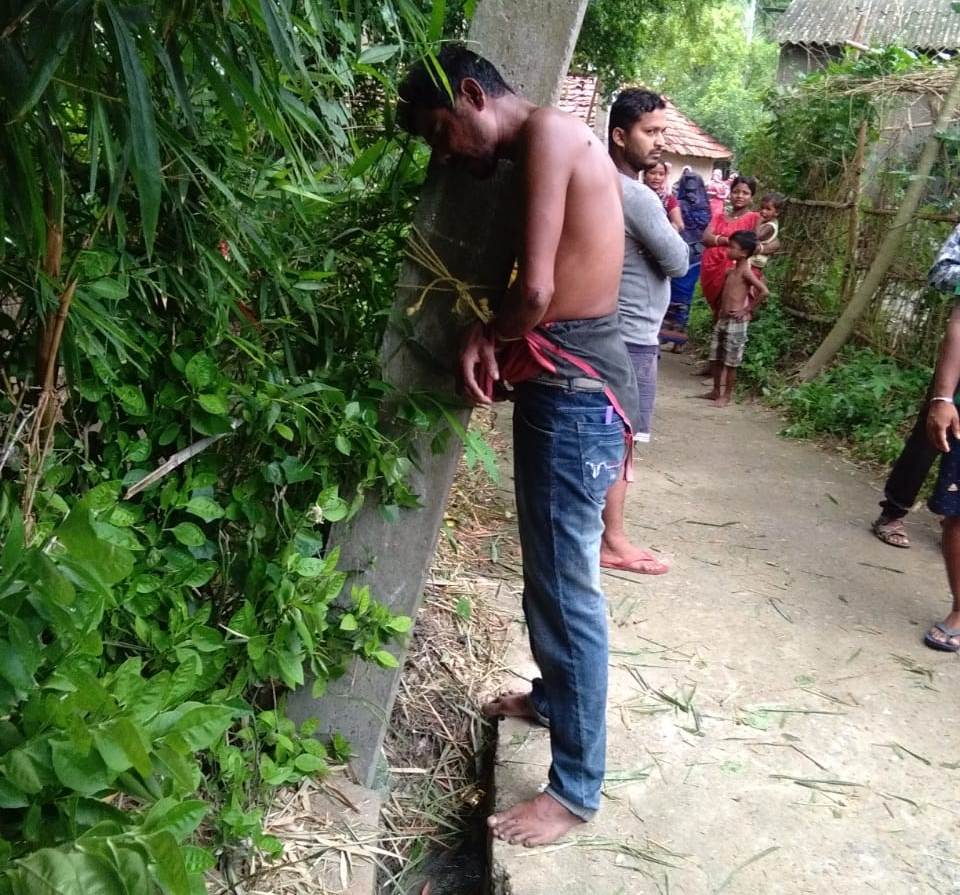 According to reports, Karunakar Mahalik of the village had a dispute with her wife Minati, following which he smothered her with a pillow and later hanged the body from a ceiling fan. The accused was in an inebriated state while committing the act.

Villagers nabbed Karunakar when he tried to flee the spot and tied him to an electric pole. On being informed, police reached the village and detained the accused.