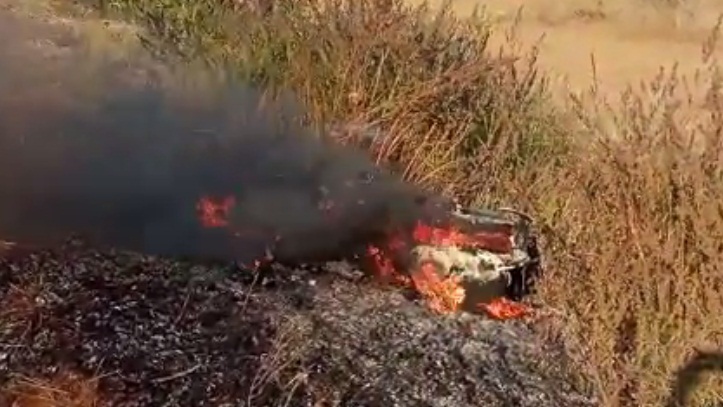 Balangir: In a tragic incident, a man and his three-year-old son were killed while his wife and one-year-old son sustained critical injuries as the motorcycle on which they were travelling caught fire after being hit by an SUV near Jambhel Chhak under Tusura police limits in Odisha’s Balangir district today.

According to reports, Mankunu Rana of Risida village in Kalahandi district was travelling on the two-wheeler with his wife and two sons when the SUV that was engaged in COVID duty hit the motorcycle. The ill-fated vehicle caught fire killing Mankhanu and one of his sons on the spot.

On being informed about the mishap, Fire personnel rushed to the place and rescued the injured mother-son duo. The two were admitted to Bhima Bhoi Medical College and Hospital here for treatment.